a living expression of our loving God

About the Vision & Story of Society Church

Vanessa and Tim got married in 2006 and began living in Upper Land Park of Sacramento. They lived there for three years, and fell in love with Sacramento and its people. Over the past several years (2009-2015) Vanessa has worked in East Sacramento at Deeda Salon while Tim has worked in a variety of church, and non-profit positions. After five moves and six different jobs they realized that the constant thread in their life was this area of Downtown Sacramento. Sensing God’s call to plant a church in 2011, the answer of where to plant became quickly obvious because of the strategic connections and relationships they had formed in Sacramento.

With a group of friends and family they launched Society Church in February 10th of 2013 at 8th & Rst in Downtown Sacramento. After the first year the church had grown to over 100 people and needed to move locations, and for about 4 years Society Church met at Beatnik Studios. Society Church now gathers weekly at 2711 B Street, the old B Street Theater.

The urban core of Sacramento represents an even a broader need for the Christian Church to re-engage in the urban core of our cities. With over 50% of the world population (and growing every year) living in our urban city centers, the church needs to re-engage these beloved city dwellers where they are.

Society Church exists to be a living expression of our loving God for Sacramento.

Society is a unique local church where you can come explore faith, connect in meaningful relationships and grow in your faith through following Jesus. 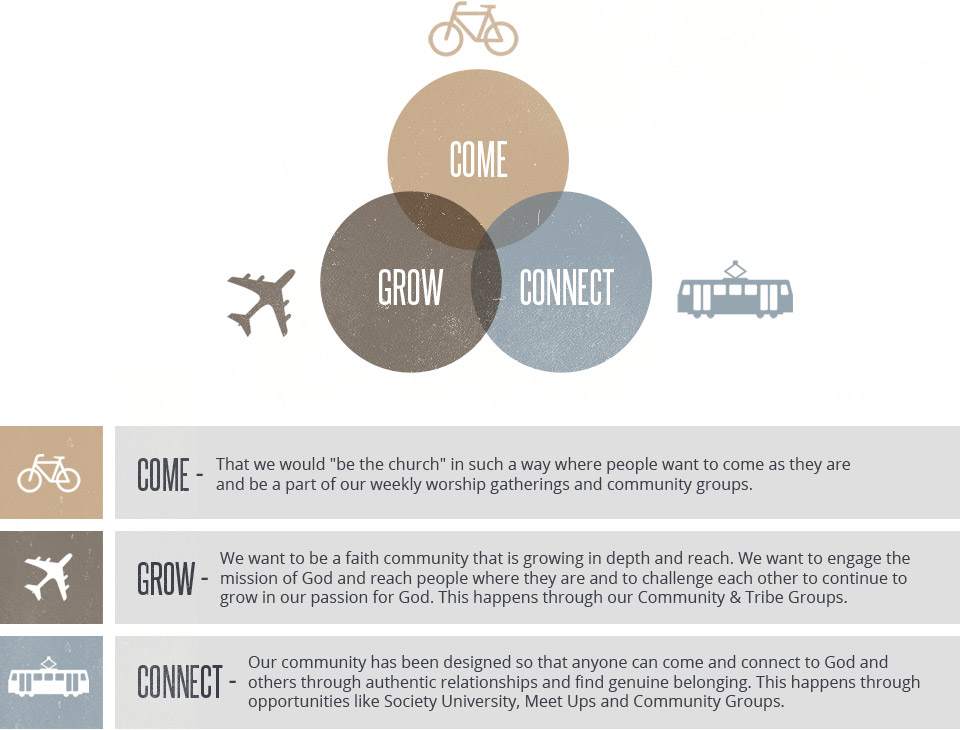 Online Gatherings at 10:30am each Sunday